How to make a T.Rex origami dinosaur 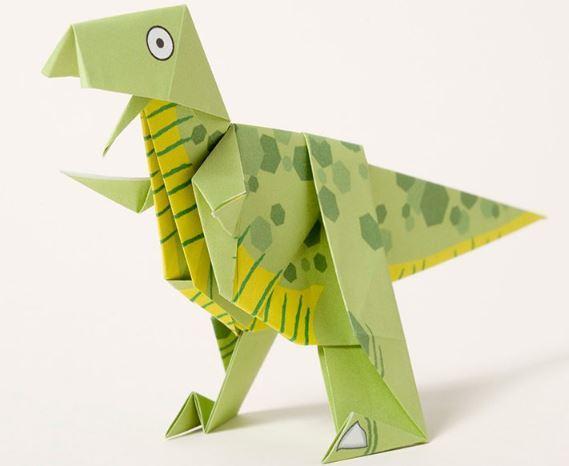 Below are the PDF templates if you want to use them. Or you could use plain paper and decorate at the end.

Begin step one with the paper with the eyes pattern-side down.

Fold the paper with the eyes from corner to corner down the middle of the design, then open out and fold from side to side. Open again and fold the right-hand point across to the second crease line, making a new crease straight up to the top point. 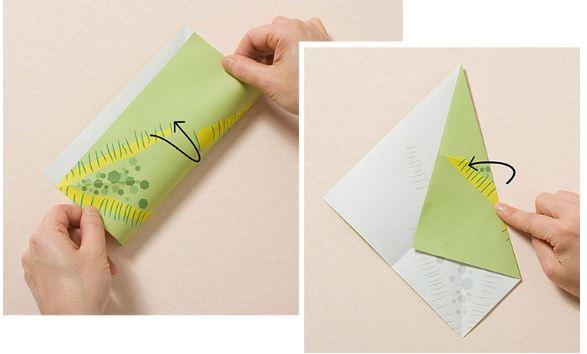 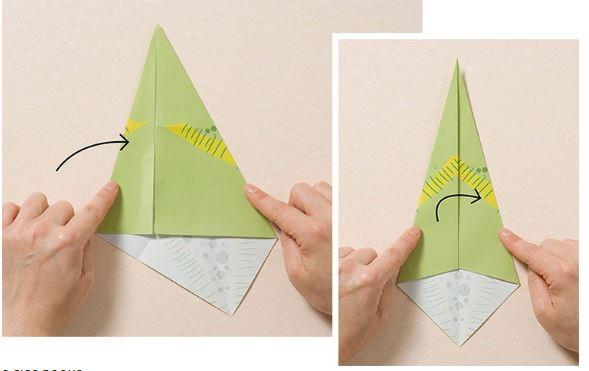 Fold the top point down so that it sits on top of the bottom point, making a horizontal fold. 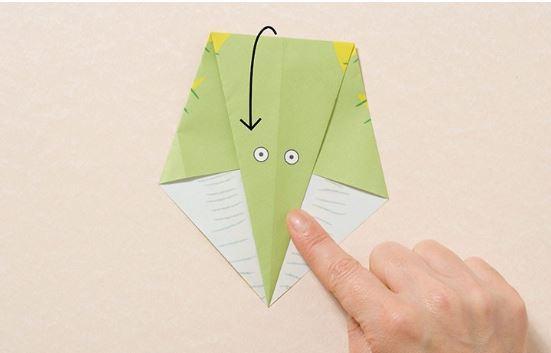 Fold the top flap up to the right so that the left-hand edge runs across the top of the piece, then turn the point down so that the top edge now runs down the central crease. 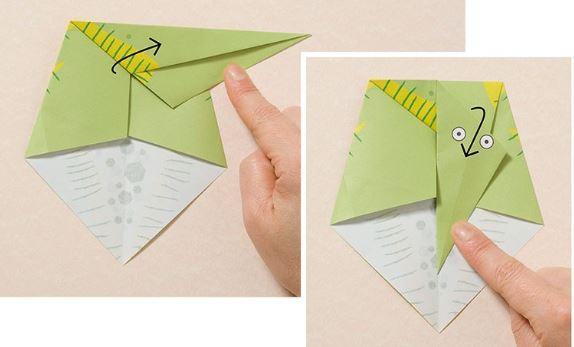 Open out the two folds and repeat the previous step, but start by folding the bottom point up to the left. 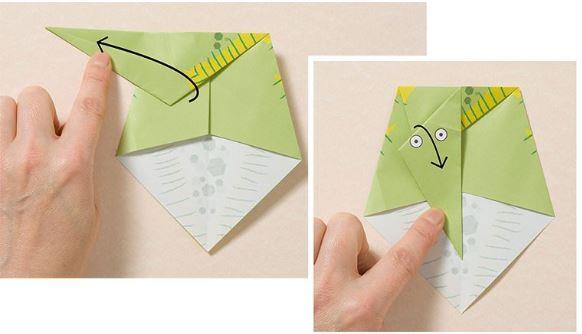 Open up the top flap, then fold the short diagonal edges in to meet along the central crease. Lift the right-hand flap, open it up and reverse the diagonal crease, pushing the fold of paper underneath the top flap. 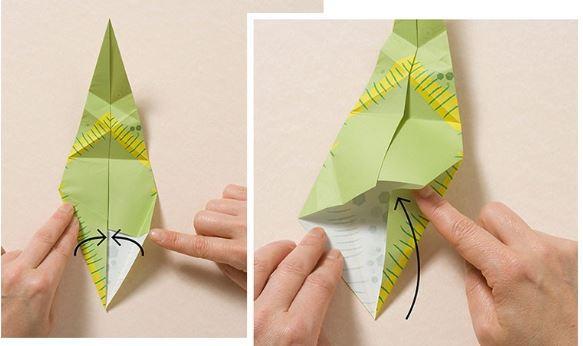 Fold down the top point so that the tip sits on the crossing diagonal creases, then turn the tip back up to align with the top of the model. 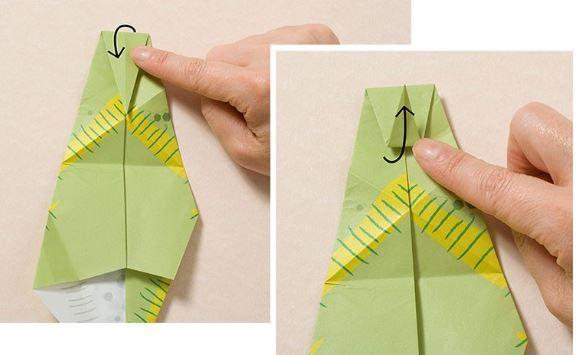 Fold the model in half along its central crease. 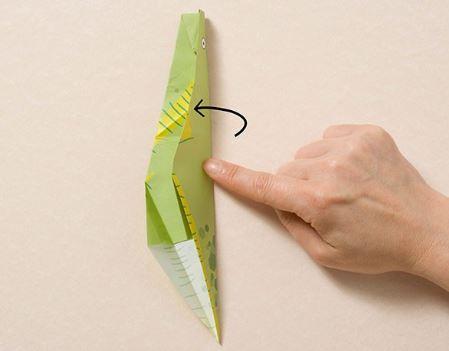 Lift up the model and open it out, then reverse the diagonal creases at the right-hand end and carefully refold to create an angled neck. Pull down the end point and flatten at an angle to create the T. rex's mouth. 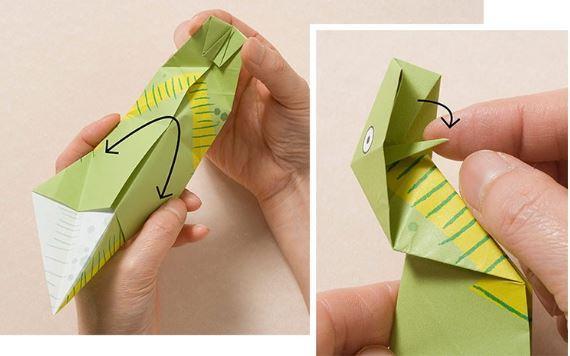 Fold the loose paper at the other end inside the opposite flap to hold the body together. 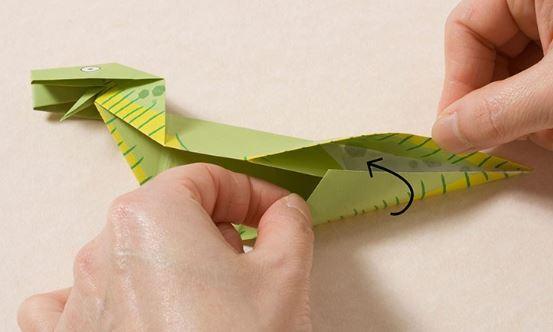 Take the second sheet of paper and fold it in half both ways, then open it out and fold the bottom up to the central crease. Fold this flap in half by turning it back down to the bottom crease. Fold in the sides so that they meet in the middle and then turn up the bottom corners of these new flaps, making diagonal creases with the bottom edges now running up the sides of the model. Lift the main flap on each side opening out the smaller triangular flaps. Refold the main flaps, reversing the diagonal creases so the smaller flaps now point out over the sides of the model. Fold down the top two corners so that the top edges now align down the center of the model to make two diagonal creases. Lift the top corners of the model and push them inside, reversing the direction of the creases and refold so that the top of the model is now a single, central point.

Turn over the paper and fold down the upper flap from the top of the model. Next turn up the bottom edge so that it runs along the widest horizontal edge. Turn over the outside points using concertina folds.

Lift the last flaps and open them out, then refold into the same shape while reversing the direction of the creases so that the flaps are on the outside. Turn these flaps up to the vertical. Fold the opened-out second sheet around the body of the dinosaur and tuck the front corners of the second sheet up inside the body to hold the two pieces of paper together.